As Jen and I move forward with our ALC startup, it’s always good to look back at the past to see where we came from. Part one. Part two.

Last we left our intrepid founders, January of 2016 had arrived, and they felt out of options. After a myriad of setbacks, we were ready to…something. Jen and I started discussing our long-term options.

None of those were ideal, for various reasons beyond the immediate rebuttals. So, once again, Jen did what she does best. She started researching again. That’s when she came across ALC Mosaic. To be clear, she had come across Mosaic before, but had not really looked in to what the ALC stood for. During previous research, it had looked as though the Agile Learning Center model was only being used for teenagers, and we wanted a school for our son to attend (remember he was 4 at the time). Jen noticed this time that they had a whole site devoted to younger kids, and so she got curious.

That’s when the light-bulb went on. 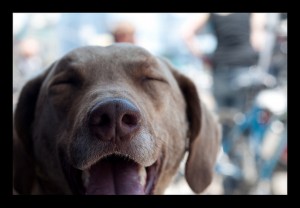 You see, Jen and I both work at Telogical Systems, which is somewhere between a marketing and a tech company, so we were familiar with Agile processes. I use Kanban on a daily basis (through LeanKit) and my team does a set the week meeting and daily stand-ups. I understand the power of what having this type of organization can do. In other words, tools? Check!

Then I started reading about the roots of the Agile Learning method. Some background. I like the Sudbury model. I like it because of the freedom that it gives the student to explore what they want to do. I watch my five year old and see him go from zero knowledge about a subject to expert in a day, when he’s interested. I knew that Sudbury could do that for him. So I accepted the fact that we were going to have to have a school meeting, where everyone airs their grievances. I accepted that there would be a lot of time taken up by the minutia and bureaucracy of Robert’s Rules of Order. But, let’s just say I wasn’t looking forward to doing it. I love that one of the branches of the ALC method is intentional culture. That was what I felt like was missing in the Sudbury model. I’m excited to focus on culture instead of order.

Along those same lines, the other big change I liked was that it preserves intention in the learning process. I have found that the hardest hurdle to get over when describing what our school was offering was the disbelief that a kid would even pursue anything if they didn’t go to school. The current school system is so ingrained in our culture that everyone has forgotten that kids love to learn things! So when I would describe a scenario where a child wanted to learn something and explained how we would go about that, the parent was typically still trying to imagine their child wanting to pursue anything at all on their own! My feeling is that the Agile tools mitigate that some (not all, but some). If a parent wants to know what their child is working on, they have access to the child’s blog. They can also ask what’s on the Kanban board. There is a process in place that allows the parent to know that their child is choosing to follow an interest, and is gathering a portfolio as they go (which leads usually to the second big question: How do kids going to a free school get in to college? Answer: pretty easily as it turns out!).

So, we got excited. And so, we begin again.